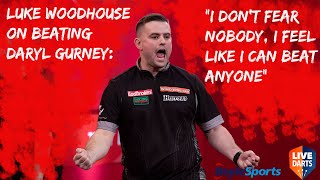 Fallon Sherrock secured a dream debut in the 2020 UK Open after coming through the Rileys qualifying event in Wolverhampton on Saturday.

Little over a month after making history with a run to the Last 32 of the World Championship, Sherrock continued her sensational story by prevailing from a field of more than 200 players to progress to Minehead.

Sherrock was the sole female entrant in the 204-player qualifying event but produced a series of superb displays to clinch a spot in the televised stages from March 6-8.

The 25-year-old whitewashed recent PDC Tour Card holder James Richardson 4-0 on the way to the final – where she thrashed Stuart White 5-1 just after midnight to complete another terrific feat.

Sherrock, who missed out on a Tour Card at Qualifying School, will enter the UK Open at the First Round stage at Butlins Minehead as one of 16 amateur qualifiers and will be placed into an open draw alongside PDC Tour Card holders and Challenge Tour qualifiers.

The 160-player tournament has been an annual fixture on the PDC calendar since 2003 and features matches held across eight stages simultaneously in the early rounds.

All fixtures are determined by an open draw at the end of each round, with 64 players entering in Round One.

This year’s UK Open will the first to feature more than one female participant after Lisa Ashton qualified automatically by winning a Tour Card at the recent Qualifying School.

Adam Huckvale (Chester), Jason Heaver (London), Jamie Clark (Aberdeen) and Kelvin Self (Norwich) are the other players to come through the Rileys amateur qualifiers so far.